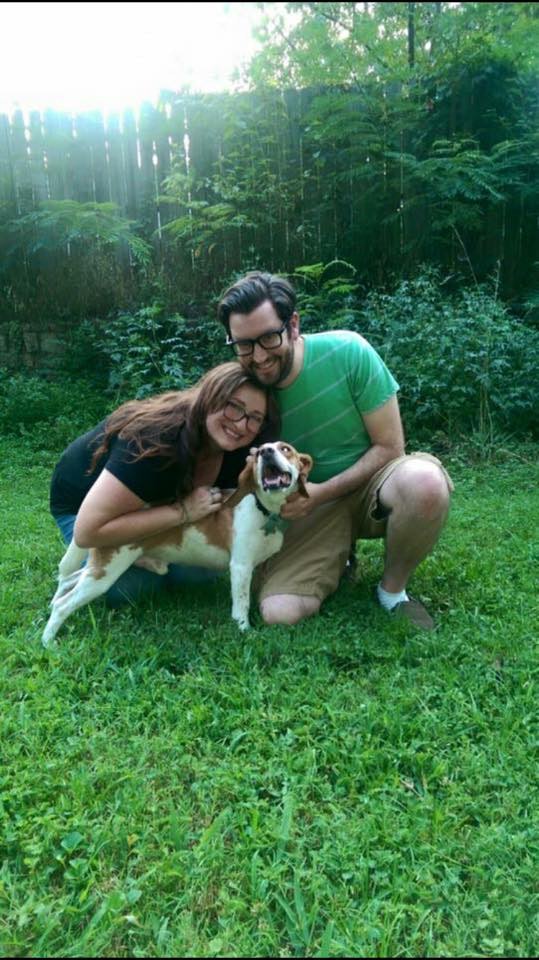 The trend more and more these days (thankfully) is people treating their pets like furry family members and not just animals. In fact, millennials are reported to be adopting more dogs than having babies and spending their money on giving these pups the best of the best. (Again, thankfully.) So it makes sense they’d want to give their fur-child a more human-like name than Fido or Spot, right? That’s why these predictions for most popular dog names of 2019 read more like a baby name book than a dog name list.

But let’s be honest here: These names were in fact on a baby name list roundup. But obviously they can be used for human or fur-children alike. Especially since our dogs are like our babies if you treat them the way they should be treated. In fact, according to a Pet Business article, a new survey from TD Ameritrade found that millennials make up the largest segment of pet owners. Additionally, the survey stated that “most millennials (67 percent) see their pet as part of the family and would refer to them as a ‘fur baby.'” So it stands to reason that these millennial pet owners would follow the trendiest baby name predictions for 2019 (some of which are based on last year’s baby name trends) according to PopSugar.

As for the most popular dog names of 2018, they weren’t too much different most dog owners still gave their beloved pooch human names, as was reported in a Romper article. The article also noted that “nearly half of all millennial pet owners have met a dog who has the same name they do.” And whether you name your dogs after your favorite TV show, book, or movie character, or you literally pick the name out of a baby book, folks are still considering dogs their babies, just as much as they were back in 2018. (I mean, you have heard about the puppy-reveal parties that are taking place of the gender-reveal parties, right?) This list of names is proof positive.

The website Our Baby Namer gave the meaning of Otto as “wealthy.” Perhaps if you give your new family member this moniker in 2019 you’ll increase your cash flow? As Parents reported, baby names that start with “O” are going to be all the rage in 2019. So get ready to see a lot of Ophelias, Oscars, and Olivers.

The name Rex means “king” according to Think Baby Names, which is accurate, because if you do it right, your pooch is the king or queen of the house. There was an amazing poodle named Rex that would come into my old job at the holistic pet food and supply store and he most definitely thought he was king of the world. Was he named because of this, or did he act like this because of his name? Hmmmm.

Your pup will bring so much joy and happiness in your life, much like the sun. Naming your dog “Samson,” then, would be pretty fitting, since the name means “sun” according to Our Baby Namer.

Our Baby Namer says the name “Kai” means “keeper of the keys.” Makes sense if you have a retriever for a dog, since they’ll be glad to fetch them for you if you lose those keys. Or if you have beagles, they’ll hide them from you in their spot on the couch. Or maybe that’s just my dingy beagles?

Think Baby Names says “Shiloh” can potentially have two meanings: “His gift,” and “peace.” Having a furever friend is a pretty amazing gift that keeps on giving, so I think Shiloh would be a great pup name.

If you think your dog is the most beautiful or handsome creature on this Earth, then Kenna may be the best name for your dog. Our Baby Namer said “Kenna” means “beautiful” or “handsome.”

If you have a happy dog (and let’s face it, most doggos are very happy if you give them a good home and some love), Tatum would be a great fit. The name means “cheerful and full of spirit,” according to Babynames.com.

I had a beagle named Raiden growing up, named after my favorite Mortal Kombat character. I’m happy to see that this name is back in popularity according to Today: “Names related to Eastern religions and non-European mythology have taken over from biblical and saints names as spiritual favorites.” Raiden means “God of Thunder,” according to Oh! Baby Names. It makes sense that this was the Mortal Kombat character’s name since he, too, was the god of thunder and lightning.

Archer means “bowman” from the word “arcarius,” according to Think Baby Names. Arcarius is a pretty rad name for a dog, too, if you ask me. So you can’t really go wrong with either. Vintage nicknames like “Archie” are coming back, according to Nameberry. So you can hop on that bandwagon and have a rad name for your dog.

I’m glad this name is making an appearance on the most popular prediction lists this year. I’ve met many a dog named Bodhi, and they’ve all been the best. Bodhi means “awakened, enlightened, supreme knowledge or enlightenment,” according to Our Baby Namer.

Inspired by the tragic character in Hamlet, “Ophelia” (meaning “help,” would be a beautiful name for a pup. Another name that starts with “O.” See? The trend is starting.

Got a hound dog that always seems to have a song in her heart and loves to “sing” all day long? Then Lyra might be a great pick, as the lovely name means “song,” according to Our Baby Namer.

Planning on adopting a fierce protector of your home (but really, they’re just there for the cuddles with you)? Gideon would be a great pick for a dog name in 2019. Perhaps it’s so popular because it means it means “great warrior,” according to Babynames.com… and don’t we all need a little protecting from a warrior these days?

“Lila” means “night,” according to Think Baby Names. Hopefully if you pick this popular name for 2019 it won’t be a self-fulfilling prophecy of long nights awake letting your dog out to use the restroom.

Originally a “fierce creature,” in medieval times, Griffin means means “hooked nose,” according to Think Baby Names. However, according to Nameberry, it also means “strong lord.” So whether your new friend has a long snout like a Greyhound, or is strong like a Bulldog, “Griffin” would be the ideal title.

After experiencing a traumatic c-section, this mother sought out a doula to support her through her second childs delivery. Watch as that doula helps this mom reclaim the birth she felt robbed of with her first child, in Episode Three of Romper’s Doula Diaries, Season Two, below. Visit Bustle Digital Group’s YouTube page for more episodes.

Most Popular Dog Names of 2018: Top Puppy Names of the Year – Thrillist

These are the top dog names in Houston according to Rover.com