Puppy Escapes From House – Rings Doorbell To Get Back Inside

A puppy recently escaped from his owners’ home in the middle of the night, and they did not even know that he was gone until the next morning. Luckily for them, however, the puppy immediately regretted his decision of running away, and he rang their doorbell in an attempt to get back inside!

Marshall is a golden retriever puppy who is only three months-old, and he lives with his family in Spokane, Washington. One recent night, Marshall got a little mischievous and decided that he wanted to get some fresh hair, so he managed to escape from his family’s house and run out into the night. It didn’t take long for Marshall to realize that life in the great outdoors wasn’t all that it was cracked up to be, and he was soon desperate to get back to his loving owners! 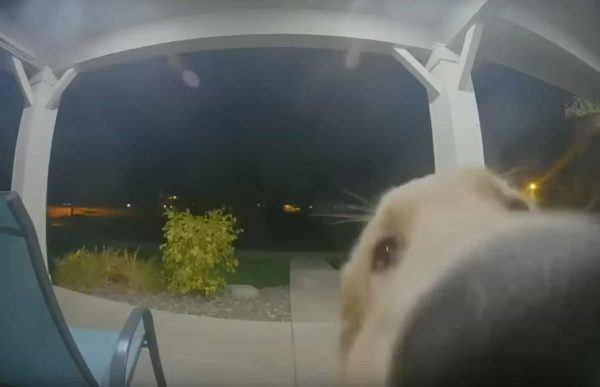 After running up to the front door, Marshall was able to figure out that the doorbell was actually his best friend. He had no prior training in knocking or ringing the doorbell, but he was able to figure it out all on his own. Hilarious home security footage shows Marshall pawing at the door in the hopes of getting back in, and his knock sounds remarkably human-like. 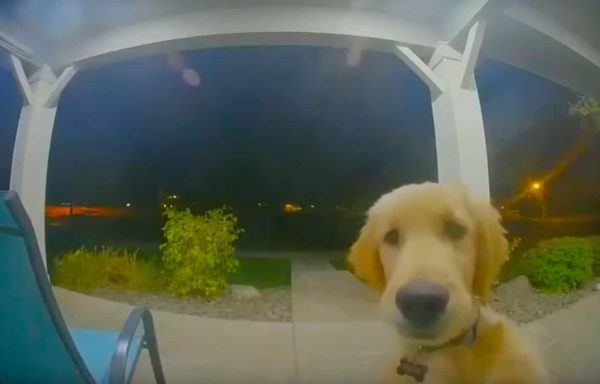 Marshall continues to knock in a way that seems to say “I’m sorry,” and who could not forgive someone with a face like this?! In the end, Marshall’s family let him back inside, and he soon became a viral sensation with his adorable knocking. Check it out for yourself in the video below!

The post Puppy Escapes From House – Rings Doorbell To Get Back Inside appeared first on UpliftingToday.com.