A little, black Labrador retriever has left his mark and stolen hearts in Southern California after Today in LA added the doggone great addition to the family.

The spunky Puppy With a Purpose, voted by the public to be named Zuma after Zuma Beach, has been training hard to become a service dog for a veteran. We’ll be following his journey for 16 months as he grows up in Los Angeles to become the best service dog he can be!

He arrived in Los Angeles on Monday, Feb. 26, 2018 and made his Today in LA the following day. This pup enjoys his squeaky toys, using his nose to get to know his environment and a good belly rub.

He’s truly embraced a Southern California lifestyle as he’s explored several beaches, visited Los Angeles hot spots and has attended various events. Zuma is getting help from his two step brothers — chocolate Labradors Ben and Teddy — as he grows into being a very good boy.

You can track his progress here or on instagram via @NBCLApuppy. 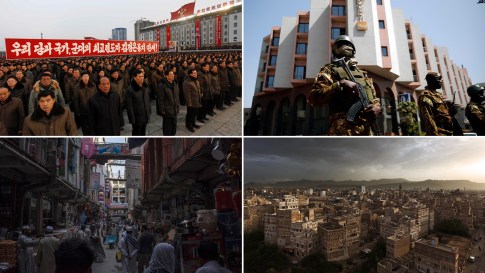 The Most Dangerous Countries for Americans to Visit