Dogs, as we’ve said here many times, are pretty f**ken rad. They sit, they stay, they fetch, they lay, and sometimes, when they know you’re really up sh*t creek in a barbed wire canoe, they f**ken lay it all on the line and save you from a rattlesnake – even if it means sacrificing themselves for you. With that in mind, meet Todd, the Golden Retriever who threw himself in front of a rattlesnake to save his owner. With balls like that, is it any wonder he’s just been named the dog of the year?

To answer that question is pretty bloody simple. Of course it’s not a surprise. Todd is quite clearly the bee’s knees, the duck’s nuts and the fox’s coccyx. Deadset, he’s a f**ken legend.

Back at the arse-end of June, Todd’s owner Paula took him for a walk in their home-state of Arizona. Todd, being the top quality doggo that he is, saw the rattlesnake his mum had failed to notice. As the venomous beast reared up, ready to deliver a fatal strike to Paula’s leg, Todd said, “Not today, ya slippery little c**t!” and took the f**ken bullet.

The little legend’s face swelled like an elephant’s testicle, but he f**ken pulled through after twelve hours in an animal hospital and a solid dose of anti-venom. The internet was all over this good news story at the time, but now, a few months later, the heroic dog has won the inaugural Milk-Bone Dog of the Year Honor award at the Streamy Awards. What a f**ken champion!

He won thanks to a vote that saw him best Louboutina, famous for her amazing hugs, and Pierre, the fancy-dress therapy dog.

We are ecstatic because this is the first-ever Milk-Bone honour, so everyone is going to remember Todd the Hero Dog. When he got bit, we were able to start a fundraiser to help other pets — raising money for dogs who can’t afford anti-venom.

There’s a lot of people out there who can’t afford the $500 dose and their pets die because of it. I have another golden retriever named Copper, like Copper and Todd from Fox and the Hound. Todd’s story was a big highlight for us as a family. 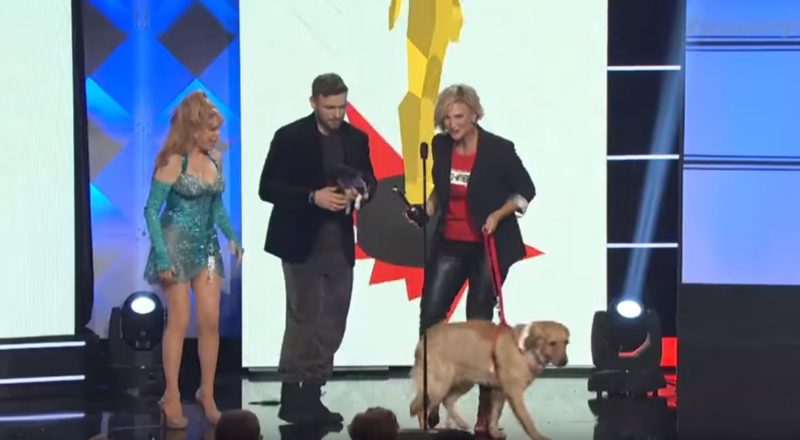 Final thought: Dogs are the best. Brave dogs like Todd show that without a shadow of a doubt. F**ken good stuff, Todd. We’re not sure if it’s legit, but this Top Bloke award is all yours. You’re clearly a bloody legend.

The post Dog who saved his owner from a rattlesnake named dog of the year appeared first on Ozzyman.

Tilda Swinton directs her dogs in an operatic music video

Dogs Found At Chernobyl Arrive In U.S. For Adoption

Child killed chasing her dog will be buried with beloved pet